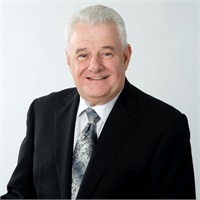 He has been listed as one of "America’s Top Financial Advisers", a highly elite group of financial advisers selected by Worth magazine, six separate times. He has appeared nationally and locally on radio and television and is quoted regularly in major financial news publications. Mr. Pugliese has been a guest speaker on a number of industry related subjects for the FPA and other financial organizations. He was also profiled in the 1994-95 National Directory of Who’s Who in Executives and Professionals.

Mr. Pugliese received his BA degree from The College of New Jersey, formerly Trenton State College and earned the designation of Certified Investment Management Analyst (CIMA®) through the Investment & Wealth Institute (formerly IMCA) that was taught in conjunction with the University of Pennsylvania Wharton School.

CIMA® designees are required to adhere to IMCA’s Code of Professional Responsibility, Standards of Practice, and Rules and Guidelines for Use of the Marks. CIMA® designees must report 40 hours of continuing education credits, including two ethics hours, every two years to maintain the certification. The designation is administered through Investment Management Consultants Association (IMCA).

He has also completed post-graduate studies in related fields of finance including the College for Financial Planning continuing education program and the Institute of Certified Fund Specialist (CFS®) certification course. Mr. Pugliese considers his greatest accomplishment in life to be that of earning a "Ph.D. in Street Knowledge from the University of Reality."